Members of the Swedish Parliament’s Committee on Social Insurance visited Texas on September 7-8, 2017 to study immigration issues and the US benefits and pension programs.

During their day in Austin they met with Mayor Steve Adler and Sally Hernandez, Travis County Sheriff. 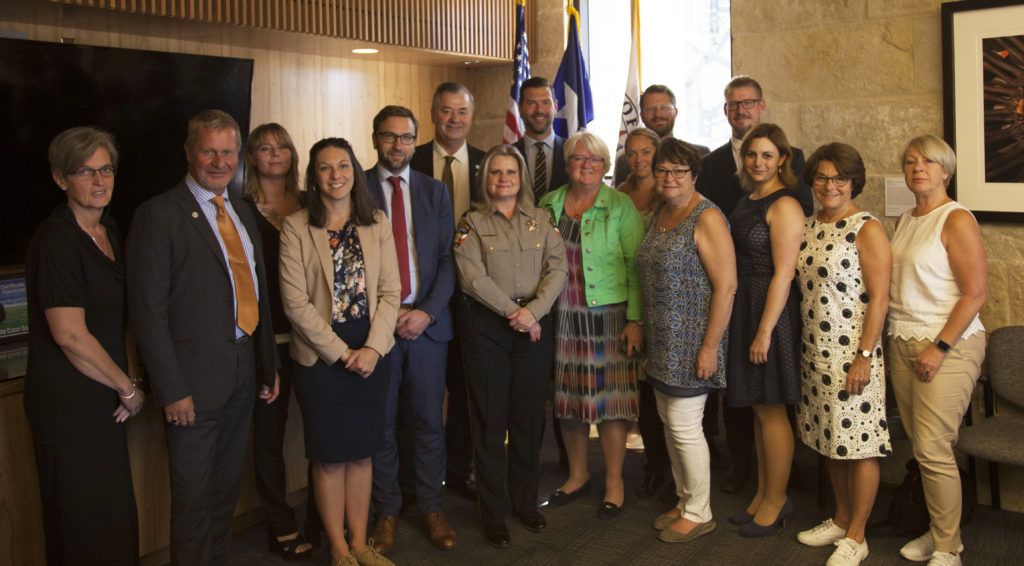 Swedish parliament members with Sheriff Sally Hernandez in the middle.

They also met with officials at the Texas State Capitol, the Texas pension review board and Front Steps, a shelter in the central part of Austin. The group also had a day planned with interesting meetings in Houston but unfortunately this had to be cancelled due to the aftermath of the storm Harvey. 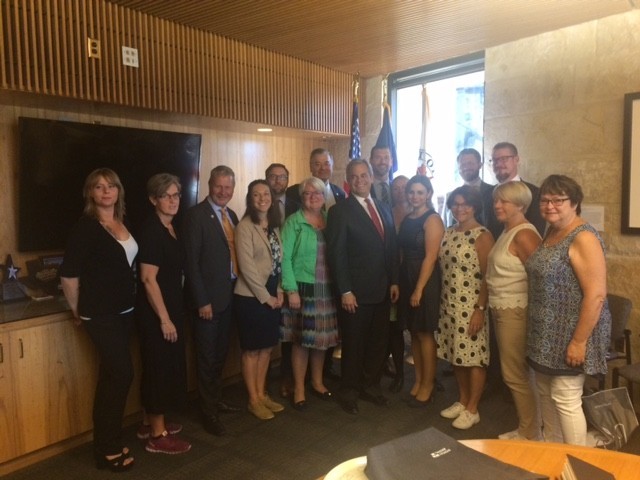 Swedish parliament members with Mayor Steve Adler in the middle.